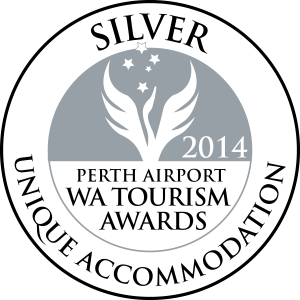 this year’s Perth Airport Western Australian Tourism Awards have been announced by the Tourism Council WA, and Faraway Bay is proud to be among them!

Faraway Bay has been awarded the Silver Medal in the highly competitive ‘Unique Accommodation’ category – a testament to the authentic Kimberley experience each and every guest at Faraway Bay enjoys.

Book early for 2015 to take advantage of our amazing Early Bird offer and experience the unique magic of Faraway Bay for yourself. Click here for full details of this exclusive special offer (available only for bookings made before 30 November 2014). 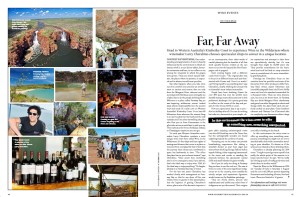 Faraway Bay has made the Top 3 list of luxury Kimberley retreats, as chosen by Scoop Magazine’s Editor, David Hogan. Read all about why he loved staying with us so much…

Fine wine and a luxurious bush retreat – is there a better match?  Alissa Jenkins of Australian Traveller Magazine reports…

“Being on the edge of forever.”

That’s how Australian Mining Magazine describes a stay at Faraway Bay in its latest R&R special feature supplement.  It’s the perfect holiday for the workers in the mining industry.

Wine in the wilderness | The Sunday Times

Luxury East Kimberley retreat Faraway Bay has a new Escape with the Winemaker experience from June 26-28. 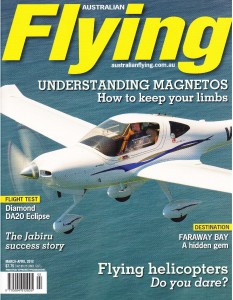